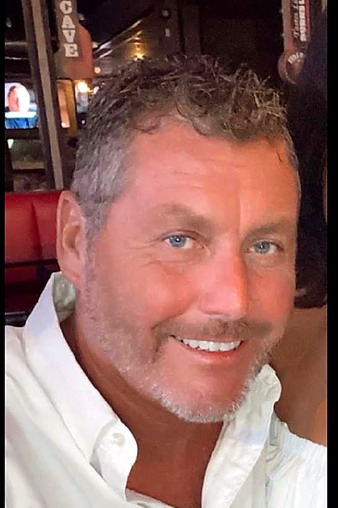 William D. Goodnight, 60, was called to his Heavenly home on Wednesday, August 31, 2022, at Largo Medical Center in Largo, Florida, surrounded by his loving family.

William was born August 22, 1962, at Fort Hood, Texas. He was the son of the late Lowell Meredith Goodnight and Caroline Jane (Mossburg) Goodnight, of Sheridan.

William was a Sheridan High School graduate with the class of 1981, where he was a proud member of the 1980 Sheridan Blackhawks State Football Championship team. He earned his Bachelor of Business at Indiana Wesleyan University, Marion Indiana. This led him into owning his own business “1” Will Do Carpet Cleaning, Residential and Commercial. He enjoyed meeting and becoming close friends with his customers. Later, he was in sales with Republic Waste Management until moving to Florida in 2021, where he was in sales for Waste Pro.

He always dreamed of moving to Florida to enjoy the sunshine, beaches and watching the sunsets over the ocean. So glad he was able to do just that.

William is survived by his mother Caroline Jane (Mossburg) Goodnight, his daughters who were the loves of his life: Gabrielle Marie Goodnight of Indianapolis and Ellie Grace Goodnight of Fishers, several aunts, uncles and cousins. He is also survived by his companion Christy Jones of Clearwater, Florida and his faithful canine buddy, Dottie.

Services to be announced at a later date.

Oh Caroline, I am grieving with you. I remember talking about William and how much you adored him. I wish I could give you hugs right now. Love you Sweet Friend

You were a wonderful, kind and generous man. You will be missed by many. RIP Will.

So very sorry for your loss. He was always so handsome and with a great personality too. A genuine nice guy.

You are missed already my friend. Blackhawks forever!

You are missed so much. Rest in peace, Dee. Praying for Dee’s family and friends. God bless!

So heartbreaking & taken way too soon from his loved one’s. He was such a kind soul. My thoughts and prayers are with you all🙏🏻💞

Memories are such a wonderful thing to have and we have many of them with Dee and the family. Carolyn, you now have two men looking out for you!! May he RIP.🙏

This is a tough loss … the world has lost a kind and wonderful man. My condolences to his beautiful family.

Such a great soul. Godspeed our friend.

Rest In Peace brother. You were one of the good guys!

Caroline & family ❤️
We are holding you close to our hearts 💔. 🙏 ❤️
The Males Family

Caroline & Family ❤️
We are holding you close to our hearts with love and prayers. 💔
The Males Family

You were such a blessing to so many and I am glad I was one of them. Thank you for allowing me to be a small part of your life here on earth WDG. I will miss your text and chats, laughs and smile but most of all your friendship. Rest easy my friend ~ you will be missed. SKB
My thoughts and prayers are with Caroline, Gabby and Ellie during this difficult time. ❤️🙏

So sad to learn of Dee’s passing. We rode the same bus at times. Snowmobiled together. And stayed friends long after high school. Our moms have the same name and our daughters have the same name.
He always had a smile which made him even more handsome.
He will be missed. Hugs to Caroline.

Prayers for the family. So sorry Caroline for your loss. Big hug!

We’re so sorry to hear this.
We Love You!
Steve and Cyndi

I’m so very sorry Caroline and girls for your loss of a wonderful son and father. Dee will always be with each of you, watching over and keeping you safe from all harm. I’m sure Lowell was a waiting with open arms and they are now golfing daily. We’ll always hold his memories near and dear to our heart. Rest easy my dear friend until we meet again.
I’m always here for you Caroline and know your heartache…

Sorry for your loss. I worked with William at Quality Companies in Indianapolis. He was very funny and a sincere guy. Definitely one of the good ones.

I’m not very good at expressing my sorrow and pain that I have in my heart on Willie’s unexpected passing. He was truly like a Brother to me! Caroline my deepest condolences! You and William had such a special Mom and Son love that everyone could see! RIP my Brother until we see each other again! ❤️

William, you will be missed.

I’m so saddened by hearing of your loss! My prayers are with your family!