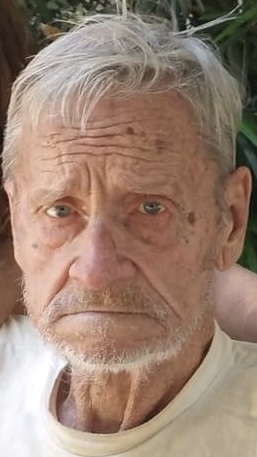 Theodore N. “Ted” Wheeler, 95, of Pinellas Park, passed away on August 25, 2022, at HCA Hospital in St. Petersburg. He was born in Trenton, New Jersey. He is survived by a son, Derrick Wheeler of Pinellas Park. A daughter Anne Blackwell and son-in-law Bill Blackwell of Pinellas Park. Another son Jimmie Archer of Hawaii Two daughters Linnie Archer and Maxine Daniels both of Terra Haute, Indiana. A daughter Debbie Emerson of St. Petersburg, FL. Additionally, daughter Ann Boswell of Maryland. He is also survived by a granddaughter Veronica Wise of largo, FL. Also, many grandchildren and several great-grandchildren. He was proceeded in death by his loving wife Ruby Wheeler. He was a wonderful father, grandfather, and husband. He was an Army retiree and was a house painter and maintenance man for several realtors. His hobbies included woodworking, furniture building and was coin collector. He will be greatly missed by his family.

You we’re the greatest grandpa “Chops” a grandchild could have… I will miss tremendously. I know your with my Mom and Grandma.

I loved him very much he took care of our mother till she died!

It’s taken a few days to fully process this and be able to write something for you papa but here it goes.

I got the joy, privilege and pleasure of knowing you for 29 years out of the 95 years you lived. I have so many memories with you and I will cherish them forever. Please hug grandma for me and tell her I love her and miss her. You will be so loved up there, there are so many people waiting for you, your wife, children, Pets, and other family members will be there with open arms to meet you.

Papa you even got the joy of being a great-great grandfather to my son Dalton. And he misses you alot, he’s cried everyday since you be gone. Come to think of it, it’s rained everyday to since you been gone. It’s like the world is mourning the lose of a great man. You were one of the few great men I have had in my life.

I’m tearful as I type this out, I was there when you took your last breath and joined the lord, your wife, and your children that have passed before you in heaven.

I love you papa ♡♡♡ rest in peace. It’s not goodbye because goodbyes are forever. It’s see you later because I know I will see later in a different life.

So sorry for Veronica’s family. Grandpa was a very caring loving man. Who liked to tease me! I enjoyed his company.

Condolences to Veronica and family. It’s never easy to lose a loved one. May he RIP.

This wonderful man took me in and gave me a chance at life. He was the most giving and forgiving man I’ve ever known. He spent his whole life taking people in and giving them a home. Thank you for all you have done for me dad. I love you and miss you more than words can express.