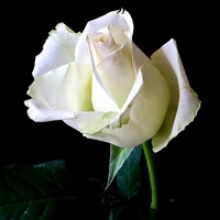 Tatiana (Sulima) Roschko, 91 of Pawcatuck, Connecticut, passed away on Friday, September 10, 2021. Born in Kharkov, Ukraine, she began studying the piano at age 5. She and the family suffered hunger during World War II. Tatiana, her parents, and her grandmother got out by clinging to a coal train that deposited them in the French Zone in Germany, then went to Poland for 3 months, Austria for a year, Munich, Germany and finally arrived in the USA. Tatiana studied piano at the Julliard School of Music in New York. She was a lifelong, accomplished concert pianist who played at Carnegie Hall several times and had the distinction of being invited to play for the Kennedy family at the White House.

For a long time, Tatiana ran a charity and radio station in St. Petersburg. She leaves behind extended family and cherished friends who will remember her dearly.