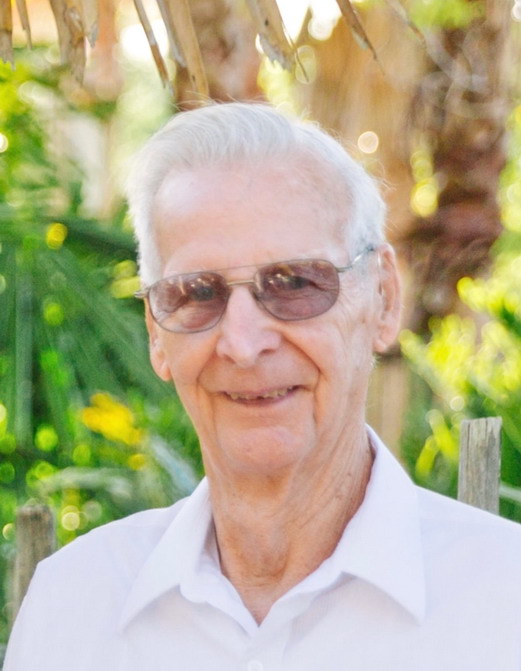 James Ralph Elways, (Jim) of St. Petersburg, Fl.,  90 passed away unexpectedly after a brief illness on April 18th, 2022. James was a Loving and Devoted Husband, Dad, Pop, Uncle and Friend.

Jim was born in Baltimore, MD on January 12, 1932 to Herbert & Lottie Moffat Elways. He joined the US Navy in 1951 And served on the Aircraft Carrier, USS Saipan CVL-48 during the Korean War. He married the love of his life, Carol Hoffman in December of 1952. He was a Volunteer Firefighter for Edgemere, MD and worked at Bethlehem Steel. Jim and Carol moved the family to St. Petersburg in 1965. He was a talented carpenter all of his life. There was no project that he could not tackle. He resumed his career in the Navy as a member of the SeaBees in 1978 until 1992.  He retired from the Pinellas County Sheriffs Office after a career as a  Corrections Officer from Feb. 1985 to Feb. 1995, where he earned the nickname of “Elbows”. Jim put a smile on everyone’s face and loved to laugh.

Jim will be Greatly Missed by All. Services with Military honors will be conducted at Bay Pines National  Cemetery on May 12th 2022 at 3:00. In lieu of flowers, donations may be made to K9s For Warriors in memory of James R. Elways.

Donations to be made to: http://k9sforwarriors.org

Sending lots of prayers 🙏🙏 and hugs

Condolences go out for the Elways family & esp. to Carol. My “Uncle Jimmy” was a gentleman and will never be forgotten
R.I.P. Jim & Thank You for your Service.

I send my condolences to Elways Family/ close friends.🙌🏽🙌🏽🙌🏽.Newson

Great man to work with