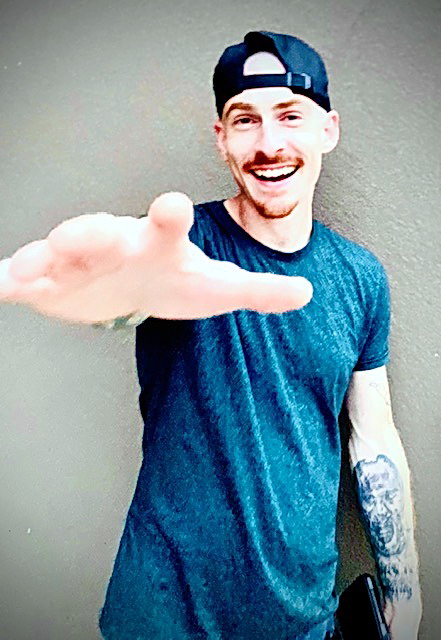 Jacob was 28 years old at the time of his passing.  He is survived by his parents, Theodore and Crystal Marlin, his brother, Joseph Anthony Marlin (Audrey and son Cayden Philip), his paternal grandmother, Barbara Marlin, his maternal grandmother, Linda Douglas and his only son, Joshua Aiden Hobbs (mother, Destiny Williams) and many Aunts, Uncles and Cousins.  Jacob was in a serious relationship with Jessica Dawn Robart and was hoping to make her his wife sometime in the near future.

Jacob Thomas was born in Pinellas Park, Florida where he enjoyed his early childhood with his younger brother where they both were surrounded by lots of family and friends. As a young boy Jacob was full of energy and loved playing outside.  He was a fan of Barney and Scooby Doo, riding his bike, playing video games and spending time with his dog Rusty were some of his favorite past times.

The entire family moved to West Monroe, Louisiana and yes, they knew THAT famous duck family. Jacob fell in love with Destiny Hobbs in 2012 and they continued to be a couple for the next 8 years. On April 17, 2013 Jacob became a father to a healthy, beautiful son the couple named Joshua Aiden. Father was a title and role that impacted Jacob the most.  He strived to do his best and enjoyed his time spent with Joshua, making precious memories.

After returning to Florida, Jacob focused his attention on a career path and achieved his welding certification. Being a hands-on man, he followed in his paternal grandfather’s entrepreneurial footsteps and created his own company called J&J Welding.

Jacob had a zest for life and enjoyed the holiday of Halloween. He enjoyed going to Busch Garden with family and friends. His 28 years on this earth was not enough but all who knew and loved him will never forget his charming smile and strength of spirit.

May you be at rest Jacob or even better, hopefully 4-wheeling somewhere alongside those streets of gold.

Romans 10:13 NKJV For “whoever calls on the name of the Lord shall be saved.”

Ted, Crystal and Joseph,
My heart is broken. Jacob had so much more to give in this life. He needed many more memories with his precious son. I have no words to express my sincere sympathy. I am here for each of you, always. Love, hugs and many prayers coming your way.

I can not imagine any deeper pain than what you’re feeling right now. I am so sorry for the loss of your precious boy. Please know that you are loved and I am here.

We are sorry for the loss of a great son, father and brother are prays and love are here for you and heaven got an awesome welder now
May you watch over everyone protect them with love, strength and laughter well see you again.