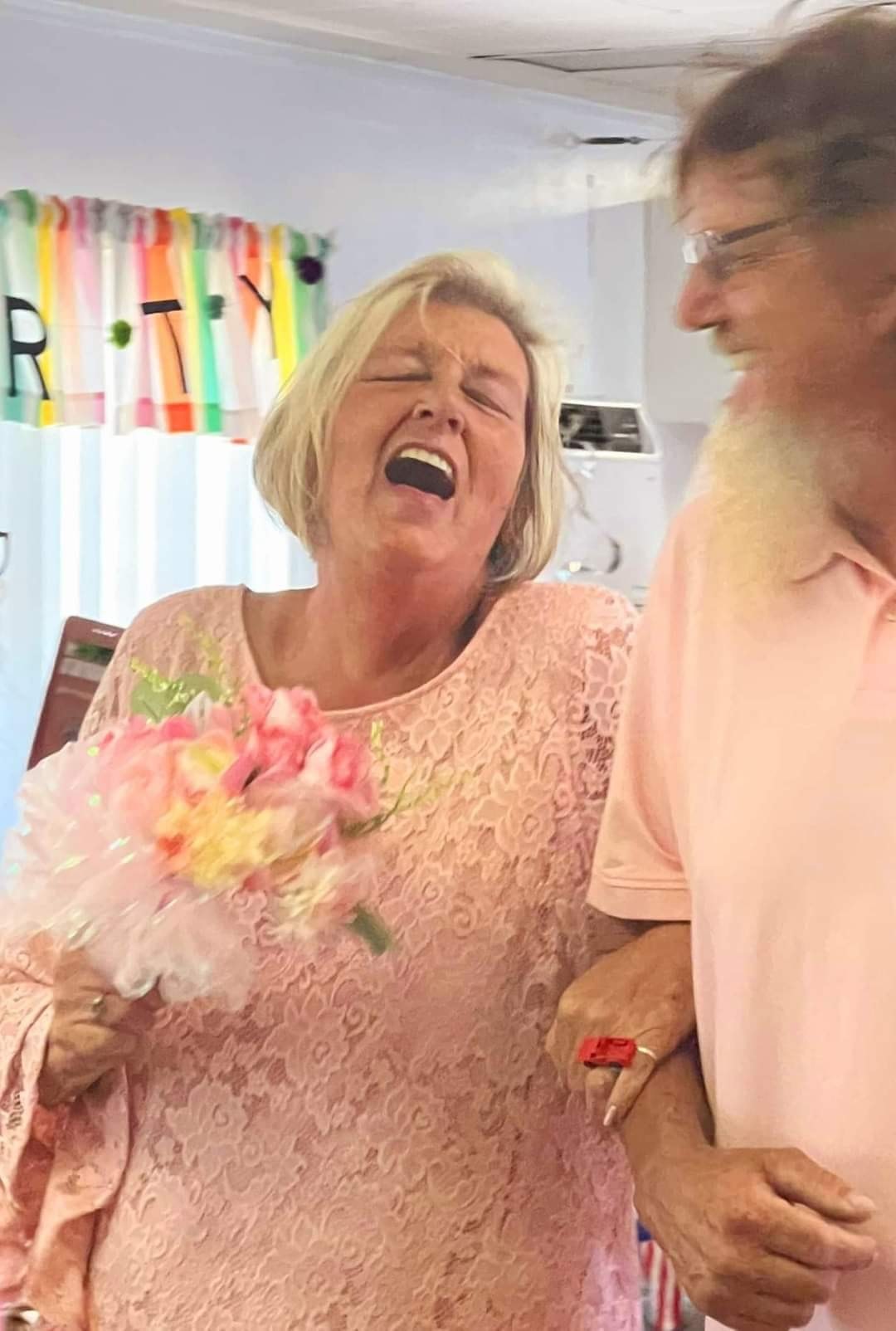 Christy was raised in a small town called Big Spring KY. As a teenager she accepted Jesus Christ as her lord and savior. She always had a giving heart and the best personality.

She was a mom, aunt, godmother, friend to many. She loved to do crafts and family projects from the heart for meaning. She was the glue that kept our entire family whole.

She was preceded in death by her parents, grandparents, and “adopted siblings” Roy, Judy, and Lora. She is survived by her loving Superman husband Ronny Alan Rush, her 2 beloved daughters, Charlotte Ann Rush and Haley Elizabeth Kendall, her sister and bestfriend in one Sandra Jeffiers, and Sandra’s husband Mike Jeffiers, as well as her “adopted siblings” Gene, Larry, Faye, and Ann.

Her nephews Nathan and Joshua Brown and her special nephew Scott Simpson
Her nieces Emily, Chasity, Brandy, and betsy, along with several other nieces and nephews.

Prayers for comfort and strength for all of you. Christy filled a mighty big place in so many hearts.

The world is a little sadder place without my friend in it. I will never forget all of our memories together. Praying for all those who loved her.

From Flaherty school days, Christy filled a huge spot in my life. Many days were spent at her home eating her mom’s delicious oatmeal pie while listening and singing to our favorite songs.
Always talented, her love of music took us to the middle school talent show where we were the back-up to her lead.
She had a loving soul and valued friendship. My heart goes out to her family. She will be greatly missed.

May God hold you all tight in your time of need, and may Christy fly high with her new wings love and prayers.

Sending my heartfelt prayers for comfort during this journey. Asking God to walk with you and bring the peace you will need. Such a great girl, high school memories and following her story through FB. Her love for home (KY) and her life in Florida with her family. I know she’ll be missed, let all your sweet and joyful memories be of comfort.

Christy was a wonderful and strong woman. She will be missed by many. Fly high and keep watch over Ton and Charlotte.