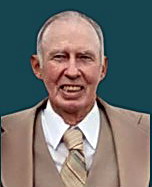 Charles Edward Davis of St. Petersburg, Florida passed away on Thursday, December 1, 2022, at the age of 86. After several weeks of declining health, Charles died peacefully at home with members of his family by his side.

Chuck, as he was known to all, was born in Gallipolis, Ohio on March 6, 1936, to Father Millard L. Davis and Mother Hazel Hughes. An only child, Chuck chose to join the US Navy at an early age and served honorably as a Signalman. Throughout his life, his work ethic and desire to take care of his family became the guiding light for his entire family and all who grew to know and love him.  An avid boater and fisherman, Chuck was known by everyone to be the ideal “boat guy” and could always be counted on to share the many stories of the fish he caught and the ones that (rarely) got away.  When he was not fishing, he could be relied upon to blow everyone away with his poker skills.

Charles is survived by his Wife, Joy, Daughter, Tamara Henderson, and three grandchildren, James Depew, Chris Davis, and Bobby Davis, and was a beloved “Pops” to several great-grandchildren.

Prayers for the family 🙏🙏

Tammy, we are so sorry for the loss of your dad. The Sowards Family, Marilyn, Susan, Jane, Brian & Angela are keeping you in our thoughts and prayers. We hope you can find comfort in knowing that your dad is reunited with your mother Claira and your brother Chucky. 🙏🙏🙏

Dad – you will be missed terribly – and we know that you are now with Mom and happy once again – looking down upon your entire family. We love you more than words can express – and while you are safe and happy now, not being able to reach out and touch you and speak to you on a daily basis will be extremely difficult for us. We are at peace, knowing that you are – and you will forever be in our hearts and minds.

So very much love,