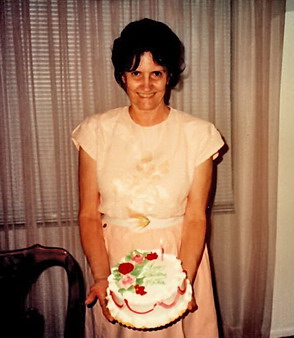 The daughter of the late Charlie Garnett Cooper and Lillie Mae Cooper (Wilson), she was born September 4, 1925, in Toccoa, Georgia. She was preceded in death by her former husbands, Vernon Moore (22 years), Emory Qualls (10 years), Glenn Isaacs (10 years), and her son Larry Moore. She was also preceded in death by her sisters, Frankie Blackwell, Sandra Powell, Frances Camp, Ola Mae Qualls and brother Wayne Copper.
She is survived by her son C. Vernon Moore and his wife Sally of Delaware; daughter, Sharon Wilson of Florida; grandchildren, Ronette Elliott and husband Dwayne of Delaware, Sonya Chandler and husband Duane of Pennsylvania, Johanna Gauger of Pennsylvania, Lori Kimmons and husband Keith of Virginia, Charmain Wilson of Florida, Belton Moore and husband Richard of Maryland and Mike Holdren and wife Christine of Delaware.  She is also survived by sister, Barbara Jean Mcclamma of South Carolina and brothers Sam Cooper and wife Charlene of Georgia and Fred Cooper and wife Ruth of South Carolina.

She was a lifelong member of the Church of God. In her early life Charleen worked at Coats & Clark in Toccoa Georgia. Later in life she was an Interior Designer with Home Interior. Charleen was a longtime member of the Red Hat Society. She enjoyed traveling, sewing, and swimming. We will carry her forward with us forever as a Christian, a vessel of God’s love and the dedication she had for her family.

Funeral services will be Friday, October 14, 2022, 3 o’clock p.m. in the Hillcrest Chapel of the Acree-Davis Funeral Home with The Reverend Don Scott officiating.