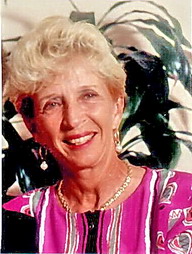 Jane was born in Perry, FL to Henry and Mary Bird.  She was both a boy and a girl to her father who taught her to hunt and fish and drove his truck to deliver paint at age 12.  She also was taking piano lessons and by 15 she played the organ and piano for her church choir.  She left home to attend FSU and majored in music education and met her first love Jack McCoy.  They married in August 1954 and continued her education to graduate with a BA degree in Music Education.  They had three children, Vicki, Michael, and Kathryn.  Jack’s work took them to Naples in 1958 and then to Hollywood, FL in 1961 where Jane became a highly thought of and highly sought-after piano teacher.  She was also the Choir Director for Baptist Church and then at the United Methodist Church where her choir was known far and wide, often holding concerts as well as selling record albums.  She filled our home with music, travel, and the curiosity to explore life.  She was a task master, but she and our father must have done something right because there isn’t a jailbird among us.  She was an avid fisherman and loved football and basketball, especially her beloved FSU Seminoles.  She was a top-notch tennis player and golfer.  She grabbed life by the horns and never looked back.

Jane met and married her second love, Robert “Bob” Brown with whom she continued her love of travel.  They rode their motorcycles many times across the country and traveled overseas to many other countries.  We were so fortunate that her new life never took away from her children or grandchildren.  We were so blessed to have had her as our mother and we are so happy that she has at last found her peace in Heaven with Jesus Christ.  I can only imagine the choir she will be directing in Heaven.