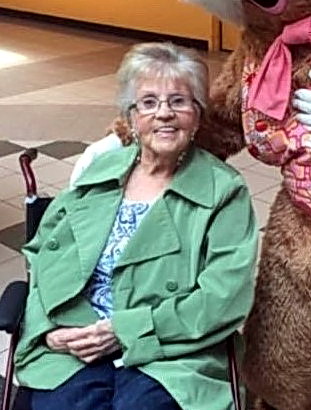 Patricia Ann Thiel was born on St. Patrick’s day in 1933 and passed away on June 20th, 2022. She was preceded in death by her daughters, Gail Bonham and Barbara Klub.

She is survived by her loving daughter, Mary Thiel; son, Robert Thiel and brother Thomas O’Conner. She also leaves behind her beloved grandchildren, Patricia, Stacy, Melissa, Christopher, Alexandra, Taylor, Robert, Nicolas, and Joey. As well as her 16 great grandchildren.

Patricia was a strong Irish woman with a love for her heritage and Catholic faith. She spent most her life in Long beach, New York, where she raised her family and spent time with family and friends. She took everything life threw at her with such bravery. She touched the lives of everyone around her with her love, laughter, and prayers. Especially her grandchildren’s life by making every moment with her special. If she wasn’t spending time with her family, she was at church or out traveling the world with her friends.